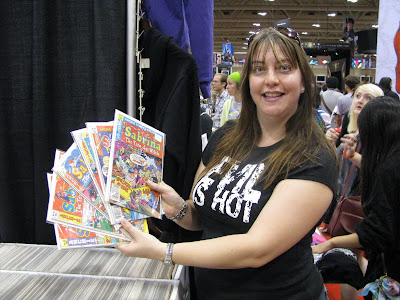 I remember when Rob and I were first getting to know one another and he mentioned that he enjoyed comics. I didn't think much of it at the time, I didn't know many grown men who still read comics, but thought there could be many worse hobbies to be into.

Rob doesn't just enjoy comics, he's a bit of a collector, having just under ten thousand of them. He's been collecting them for years, and also has statues and wall tapestries of some of his favorite characters, including; Vampirella, Lady Death, Ghost Rider and Groo.

When we first started going to comic book shows together I wanted to "hunt" for something too, so I started collecting the Archie Comics original "Sabrina the Teenage Witch" series that I remembered enjoying as a kid.

The thrill of the hunt is quite addicting and now I must admit that I enjoy going to the shows as much as Rob does and have even started reading some more modern comics periodically.

One of the bigger shows that come to Toronto every year is the Fan Expo which is a combination of Comic, Horror, Sci-Fi, Anime and Gaming Expo.

Lots of fans dress up for the event and below are some pictures of our fun evening out. 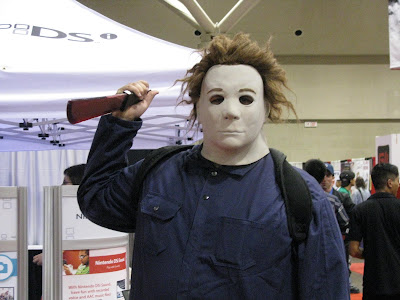 A fan dressed up as "Micheal" from the Halloween horror movie series. 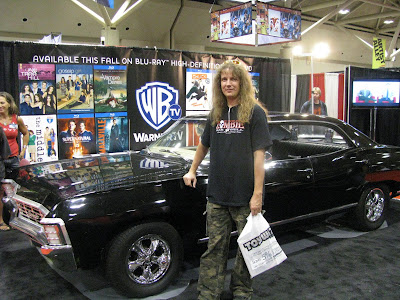 Rob with Dean's 1967 Chevy Impala from one of our favorite TV shows "Supernatural". 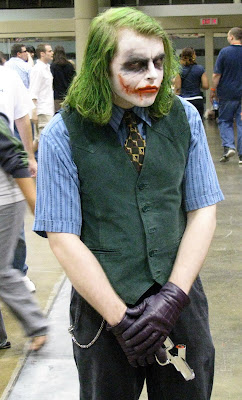 A fan dressed up as the "Joker" from Batman. 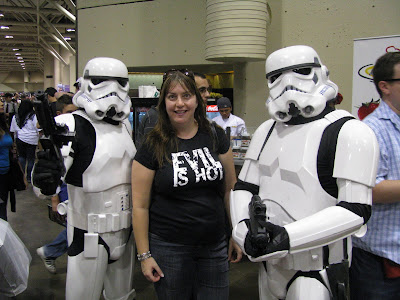 A couple of Storm Troopers from Star Wars. 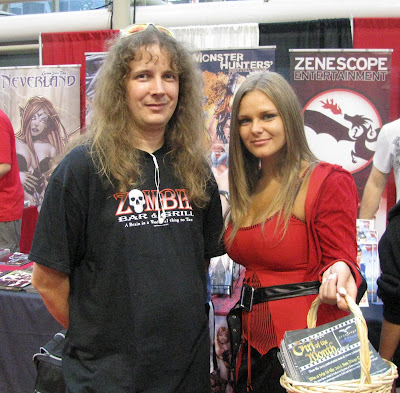 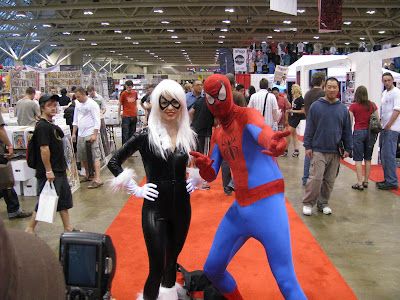 Fans dressed up as Spider-man and the Black Cat. 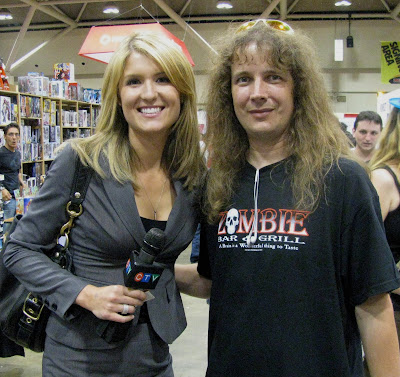 Rob and Michele Dube from CTV after she interviewed me about the show. A bit of it ran on the 11:30pm news that night.
Posted by Angie in T.O. at 6:28 AM 1 comment: