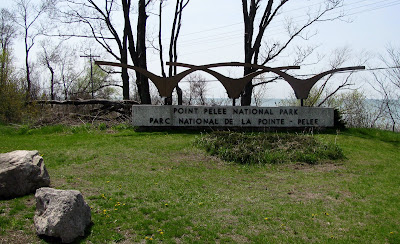 From May 9th-11th Rob and I finally found ourselves at Point Pelee National Park during their birding festival. We had tried to visit last year during our vacation, but due to the tornado's that had gone through the Leamington area, the park was closed due to damage.

While it was still dark outside, 4am to be exact, our friends Jim and Lynda picked us up and we were off for a three day birding adventure. Point Pelee National Park is a world renown birding area, as it is the first point of entry to Canada on one of the major migratory bird paths. Birds who migrant follow the water, and Point Pelee is the most southern part of mainland Canada, so, they all land there first. 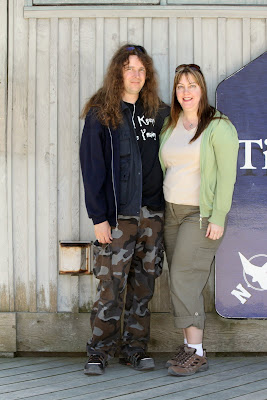 I had planned an itinerary for our three day trip, but it got put aside as we all agreed that spending most of our time at the park was probably the best bet. It was the first time any of us had been there, and it was quickly apparent that we were in a birder's paradise. 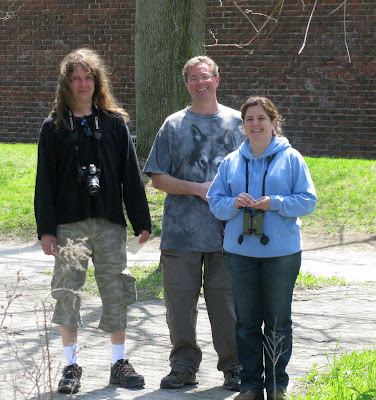 We saw over 90 species of birds during the time we were there, and I personally had 18 lifers, meaning it was the first time I had ever seen that particular bird. One of the big birding attractions about going to Point Pelee during migration is the warblers. These brightly coloured, tiny, speedy, bug eating machines are a thrill for us birders to see. Some of them come as far away as South America and head to Northern Ontario to mate, raise a family and feast on our pesky bugs.

We hadn't seen many warblers before this trip. They are quick moving and sometimes hard to spot. We saw 21 warbler species on our trip, most of them for the very first time. One such warbler, the Tennessee Warbler, caused our first bird nerd moment of the trip.

We were all sitting in the picnic area enjoying our lunch on our first day there, when someone yelled, "Tennessee Warbler over here!" The tables emptied in a cloud of dust, as everyone left to go have a look, including us! 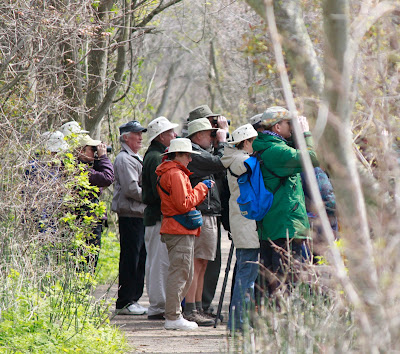 We fit right in with this crowd!

That wasn't the only time I went running to see a warbler, on our second day, when someone let us know about the rare Cerulean Warbler and the one warbler Rob was hoping to see, the Blackburnian Warbler,we were off and running again. 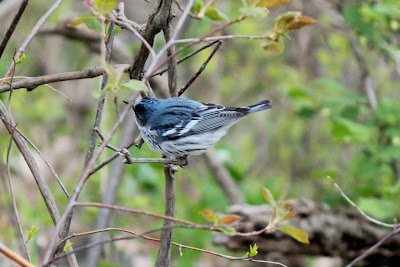 The beautiful and rare Cerulean Warbler we were lucky enough to see. 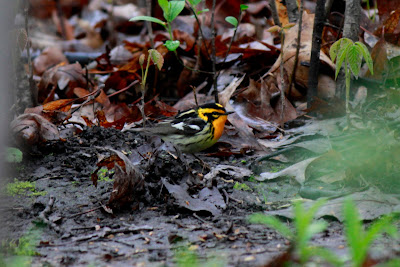 This is the little guy I was so happy Rob got to see, isn't he pretty? Male Blackburnian Warbler.

It was an exhausting but amazing three days and I now know why birders from all over the world flock to Point Pelee in May. I'm just grateful that I live close enough that this trip will now become an annual tradition.

Please enjoy a few more pictures from our trip, all taken by Rob. 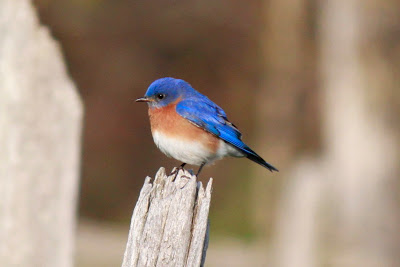 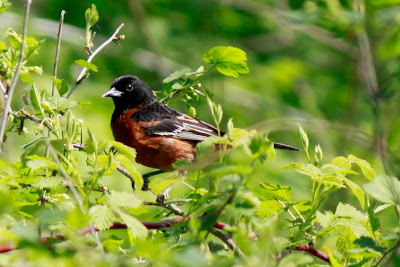 A male Orchard Oriole, he was a lifer for me! 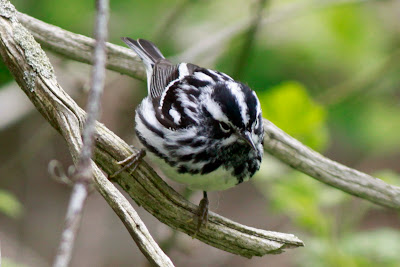 We saw quite a few of these guys for the first time, a Black-and-White Warbler. 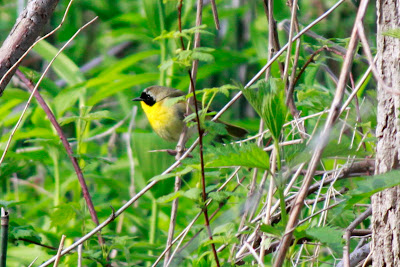 A male Common Yellow-throat. Common? Are you kidding me?
Posted by Angie in T.O. at 4:59 PM 3 comments: 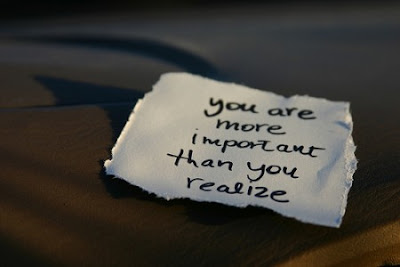 I spent 12 hour days at a Halifax hospital for close to two weeks not long ago, and while I'm not ready to dive into the seriousness of my Mother's illness, I am ready to share one of the nicer memories from that time.

During the time I spent at the hospital I gained a whole new appreciation for nurses and all that is expected of them. Having someone there for the patient most of the time is good for the patient, but not really realistic. They have a job to do, and cannot be expected to be there for one person, all the time.

My Mother was usually in a room with 2 or 3 other patients, and I was there from 8am to 8pm most days. I noticed that some patients didn't have a lot of company most days, so I did my best to help them with little things when I could.

One patient, Ruth Ripley, shared a room with my Mom for just a few days, but left a lasting impression. She was a tiny little thing with a big spirit. She was from Pugwash, NS, that's quite a distance from Halifax, so the time she was there, she didn't have many visitors.

The day after Ruth arrived her grandson came for a visit and brought her a Reese chocolate bar. After he left, she mentioned that she was thankful for his little gift, but it was Reese Peanut Butter Cups that she really loved.

My next trip downstairs to the gift shop I picked up a package of Reese Peanut Butter Cups for Ruth, and everyday after that during her stay. I can still see the surprise and gratitude in her eyes. Such a little gift meant so much to her.

During her stay I helped her with other little things; getting her a drink, fluffing a pillow, helping with her meal tray. Those little things mean a lot to patients when they are in a hospital, and made me even more glad that I went down to spend that time with my Mother, that time was precious to both of us.

The day Ruth was being discharged, her son and daughter came to pick her up and before she left the hospital room to head home she shuffled over to me and presented me with a little gift. A package of pretty flowery napkins she had her daughter bring from home. She thanked me for all my help and I thanked her for the gift and told her I would use them the first time we bbq'd when I got back to Toronto.

I think that package of napkins is going to get opened this coming long weekend and I know I will never again eat another Reese Peanut Butter Cup without thinking about a tiny 94 year old lady named Ruth Ripley.
Posted by Angie in T.O. at 5:14 PM 3 comments: