BRUNCH WITH THE GIRLS 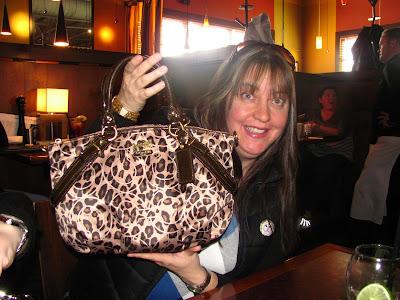 My new Couch purse came out for her debut.

This past Sunday I met up with a few of my girlfriends for brunch at Milestones on the Queensway. It was really nice getting together with everyone, as I hadn't seen some of them since April! The food was really good, and even though the wait for it to arrive was a little longer then normal, we didn't mind as the conversation and company were great.

This is going to be another "lazy blog" as I am still without a desktop and the laptop we have is very slow for uploading pictures. Teena did a blog about our brunch with lots of pictures, please enjoy her post here.

I enjoyed myself so much with the girls, I'm thinking of maybe organizing monthly get-togethers in the new year, like I used too.
Posted by Angie in T.O. at 5:07 AM 1 comment: 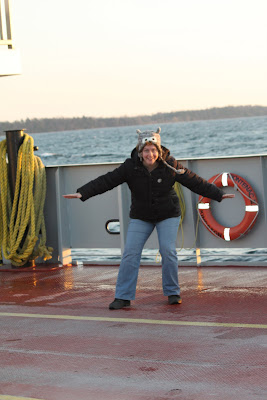 The water was a little choppy on the ferry ride back.

Last Saturday I took my 4th trip with Authentic Canadian Tours. This time to a tiny island in Lake Ontario, Amherst Island. It was a long, but fun-filled day. The highlight of the trip for us, besides meeting some great people, was seeing our first Northern Saw-whet Owl in the wild. I was so glad we got to experience another owl "lifer" together. I was so touched by seeing this adorable little owl in his natural habitat I burst into tears. It was truly a wonderful sight to see.

I was going to blog about our whole day, but the organizer, Murray, wrote such a wonderful blog about our day, I thought I'd just link his blog here.

And one of the great people we met on the trip captured some wonderful shots, that can be seen on her blog here. 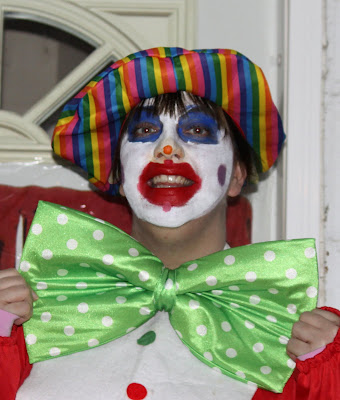 All ready for the kids on Halloween!

Rob and I had a week off last week. Though we didn't go away, we kept pretty busy, here's the rundown.

Friday night I met a girlfriend after work and we checked out a new restaurant in Bloor West Village, Earth. I have to go back a second time to give an honest opinion, as some of it was really good, and some not so much. I believe in second chances, and this place will get one.

Saturday we did some local birding and I finally got to see a bird that Rob had seen last Fall for the first time, a Hooded Merganser. Saturday night we met our friends Jim and Lynda for dinner at Lucy's to celebrate Lynda's birthday. 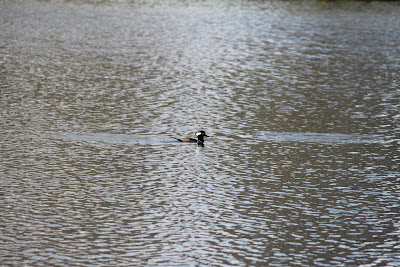 
Sunday we drove over towards Bellville to check out Presqu'ile Provincial Park. We had never been there before and enjoyed our visit. We will return there during migration and maybe during the winter, when owls are known to be there. 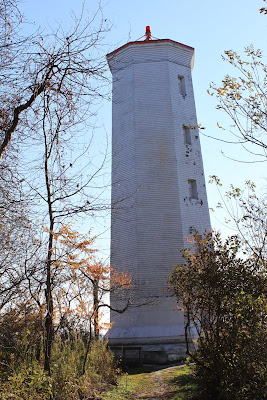 The lighthouse at Presqu'ile Provincial Park.

Monday was Halloween and we stayed home for the day. Halloween is always a good time on our street, for the kids as well as the adults. If the weather is good, and it was, it turns into a bit of a street party. It was great to have friends Juantia and Carrie join us too. 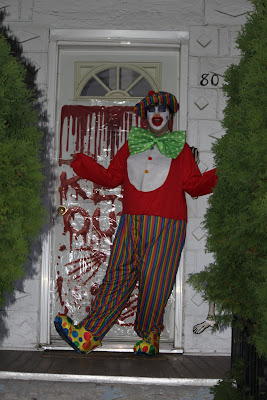 Tuesday was a day of rest, much needed rest, from the Halloween festivities. 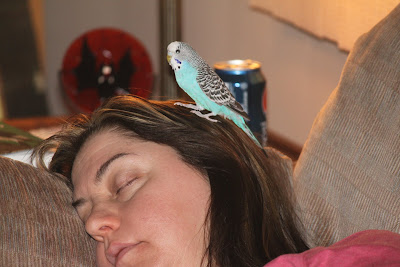 Moonie helping with the Halloween Hangover.

Wednesday we drove over bright and early to spend the day at The Ruthven Bird Banding station. Rob was thrilled when he got to band and release an Eastern Bluebird. 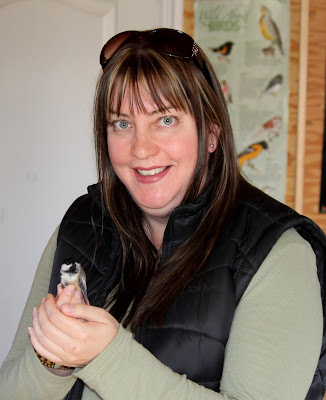 Getting ready to release a Chickadee after he was banded.


Thursday we went to the Kortright Centre, where the Canadian Peregrine Foundation's barn for their educational birds reside. We had a good visit with Frank, who we hadn't seen in a while and were also treated to a visit from a Northern Shrike. 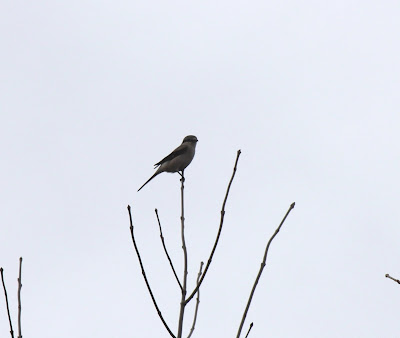 A Northern Shrike at the Kortright Centre.

The highlight of Friday for me was trying a great new oyster restuarant!! Jake's Grill and Oyster House is in Burlington, and we went on our way back from birding in Hamilton. A co-worker of Rob's told him about it. We really enjoyed it, and already made plans to return. 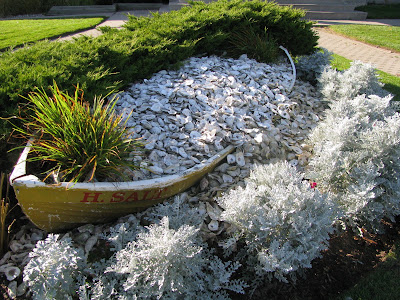 A dory full of oyster shells outside of Jake's 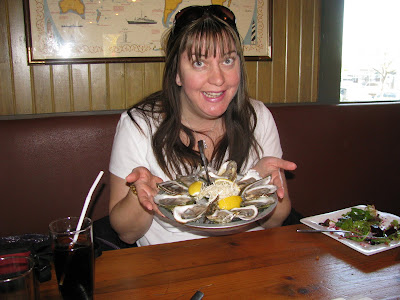 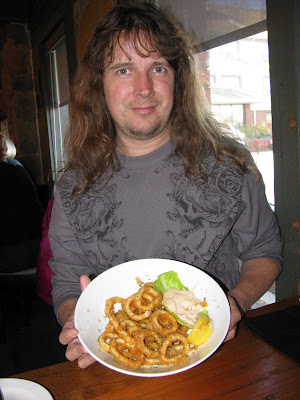 Rob getting ready to enjoy some calamari.


Saturday was a lazy day at home for me, while Rob did yard work, followed by an evening of laughs at Brian and Amanda's.

Sunday we enjoyed the "Raptor Encounter" at Mountsberg Conservation Area for the 4th time. Even though we enjoyed it very much, our hearts were a little heavy at learning the news the day before, that "Teddy", a Barred Owl there had passed away in September. She had been a favorite of ours. 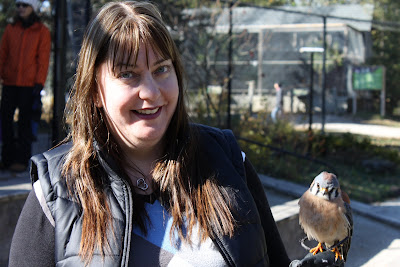 Holding "Bean", a Kestrel, for the first time. 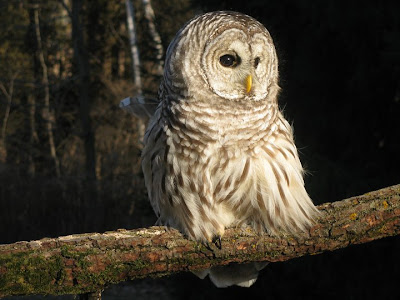 Teddy, the Barred Owl, that resided at Mountsberg was a favorite of ours and will be greatly missed.