It's been more then a week since I was shocked and saddened by the sudden passing of my friend, BigFrank. At 48 he was much too young to die, and at almost 44, I feel much too young to be attending a friends funeral, but I will tomorrow.

When I go back in time and connect the dots of all the wonderful people we've met and the amazing moments we've had because of meeting BigFrank, it is truly overwhelming. I will be forever grateful for everyone and everything he brought into my life. Without him we wouldn't of met; Murray, Debbie, Tracy, Ann, Walter, Patty, and Kellie, to name a few. Without him we wouldn't of gone to Ruthven Park that first time, and experienced all that came with going there, including banding and releasing birds. We now visit there often and have gotten to know the wonderful people who run the banding station. We wouldn't of known about Authentic Canadian Tours and had so many wonderful trips with them. Without him we wouldn't of became involved with the Canadian Peregrine Foundation, where I was able to hold a Kestrel, a Great-horned Owl and a Barn Owl. All of these people and these moments trace right back to starting with BigFrank.

Rob had a closer relationship with him than me, being guys and all, but we had our own unique friendship too. We'd often email or chat over the computer in the early morning hours while I was having my morning coffee before getting ready for work and we had a major bonding experience at the Sun Life nest site last year, when one of the chicks was killed and I had to rescue her body off the roof. I'm glad we were there for each other that evening.

A bench will be placed at Rosetta McClain Gardens in the coming months, a fitting tribute to the man who started the Rosetta McClain Gardens Raptor Watch many years ago, Rob and I are happy to contribute. But Frank has a "west end" bench too, on Bloor Street. across from the Sun Life nest site, where he spent many, many hours during fledge watch, and I will never not think of that bench as his.

At the Canadian Peregrine Foundation's Sun Life banding this past Wednesday, more then a few of us were brought to tears when it was announced that the only male chick was being named in his honor, "BigFrank".  Rob and I will be participating in fledge watch at this site again this year, and though it will be different without him there, we will be keeping a close eye on his namesake.

I have some special memories of this man, a man who loved all birds, but had a special place in his heart for raptors, and is now free to fly with them.

I will never forget you Frank, or everything you brought into my life, thank you so much.

Rob and I started taking two weeks of vacation time in May a few years back so we could enjoy the bird migration to its fullest. Even with our trip to the Pelee/Rondeau area and our Ballie Bird-a-thon, we weren't done yet.

We also visited the Toronto Islands with friends, and that's where I saw my first Mourning Warbler and we all enjoyed excellent viewing of a juvenile Bald Eagle. We took in "Ontario Swift Watch" one evening with friends, because watching a Chimney Swift roost is an amazing experience. We took an early morning trip to the Carden Plain area, where we got to see Eastern Meadowlarks, Bobolinks and Snipes. And to finish it off, we took in the Colonel Samuel Smith, "Spring Birding Festival", which is now in it's fourth year.

It was a feather-filled, fun two weeks!! It's almost time for me to hang up my bins for a couple months, as I enjoy most of my birding from the comfort of our own backyard over the summer, and with Baltimore Orioles hanging out in our yard all summer, who can blame me.

Over the long weekend, Rob and I once again joined our friends, Jim and Lynda for our 2nd Baillie Birdathon. We had a new strategy this year and our goal was simple, to beat last years species count of 69.

We started at 5pm on Sunday night, and I had a secret weapon, Lev Frid (birder/naturalist  extraordinaire) was coming out with us that night. Lev is way better at bird calls than any of us, and heard and pointed out birds in a local park that I have visited many times, but have never seen, including a Great Crested Flycatcher.

When we went to bed that night with 44 species under our belt after only a couple hours of birding, I thought for sure we were going to blow last years count out of the water.

We headed for Ruthven Park bright and early and kept adding to our list. By the time we left there at 11am, we had surpassed last years total by 2, having us at 71. Again, with 6 hours left to bird we thought we were going to get maybe 100 species this time!

Where did the birds go? For the next 6 hours we searched for birds, and came up empty time after time. Sure, we found birds, but we already had them on our list. Maybe it was because it was so hot outside, the birds weren't moving, or maybe it was because the parks were packed with people enjoying the holiday and sent the birds into hiding. Whatever it was, we only got 3 more species after leaving Ruthven Park.

Still, we had a lot of laughs, raised some money for Bird Studies Canada and spent the day birding, not a bad day after all.

We'll have a new plan of action for next year, and our goal is 75 species! To read about last years birdathon please click HERE.
Posted by Angie in T.O. at 8:22 AM 1 comment:

This was our 3rd annual birding trip to the Point Pelee area with our good friends, Jim and Lynda. We go the same week in May every year, but every year the trip has been different. Migration is weather related, and this year the weather played in our favor. It was cold and windy, which brought the birds low.
Every year on our trip we have what we call a "bird nerd moment", and this year it came at Rondeau Provincial Park, by way of a Worm-eating Warbler. It had been seen on the Spice Bush Trail and we stopped to have a look as did many others. Lynda saw it, and then it flew away, but we waited, and we waited, and we waited a little more, along with about 20 other birders. You could feel the anticipation in the air! And finally, the little fellow showed up!! Camera's went crazy! Another lifer for all of us.

Funny thing is, the next day, just before we left to head home, we did that trail again, and the Worm-eating Warbler was right there, at the same spot waiting for us.

It was another great trip, with many birds, and just as many laughs and good memories. To read about our other trips to the Pelee area, please click the dates; 2012 and 2011.

Last night, when I went to bed, I found a surprise behind my pillow. Inside a gift bag was a Pandora bracelet with an owl charm and a beautifully written card by Rob. What a sweet and romantic surprise!
Posted by Angie in T.O. at 3:53 AM 2 comments: 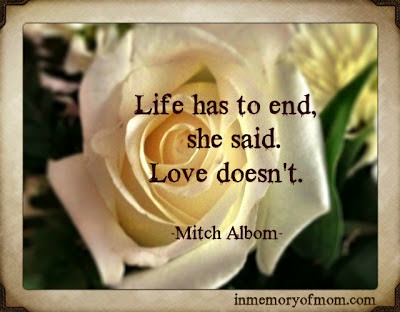 This will be my second Mother's Day since Mom passed. I'm more aware now of Mother's Day then I ever was. I notice all the ads and commercials. I now know why single people don't like Valentines Day, nothing like shining a big spot light on what you don't have.

But, that's not really true. My Mom's still with me, in so many ways. I just miss her a little more on certain days, and Mother's Day is one of them.

Here's my blog posting my from last year. I still have the white flower, not ready to part with it yet.

Happy Mother's Day to all the Mom's out there, and if your spending some time with your Mom, give her a big hug from me!

Last Saturday, Rob and I had the pleasure of taking our new birding friend, Patty, to one of our favorite places to visit, Ruthven Park.  Patty is fairly new to birding, and this is her first Spring, an exciting time for a birder. She enjoyed Ruthven Park as much as we thought she would and her excitement of seeing so many new birds for the first time is contagious. She had 8 lifers during our outing; Eastern Bluebirds, Chimney Swifts, Tufted Titmouse, Great Crested Flycatcher, Palm Warbler, Yellow Warbler, Yellow-rumped Warblers and Blue-gray Gnatcatchers.

Just when I didn't think Patty could get more excited, she got a chance to release a couple birds from the onsite banding station, she was over the moon.

Rob and I have been birding for close to 9 years now and we still love it, but getting lifers becomes harder as the years go by, and it was great fun for us to watch Patty add to her list Sunday.
Posted by Angie in T.O. at 5:25 PM 1 comment: 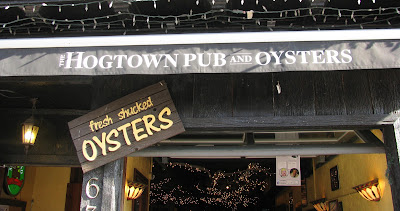 I met up with Anita tonight for our first "Foodie Friday" outing in months. I let her decide where we were going to go and she chose a place she'd been wanting to check out for ages, The Hogtown Pub and Oysters.

The first thing I noticed when I walked through the door, was the warm and welcoming decor, lots of wood, and I loved the tree branches along the ceiling covered with tiny white lights. It had a real neighborhood pub vibe about it.

Our waitress, Christine, is probably the most personable waitress I've ever encountered in my life, and I'd probably return to the place just to have a drink and talk to her about music if the food wasn't good, luckily that wasn't the case. I wanted to take her picture, but she was camera shy, so she sent over the owner, Darryl, instead. He was as friendly as he was good looking, so it was a win-win.

We give The Hogtown Pub and Oysters 2 thumbs up!