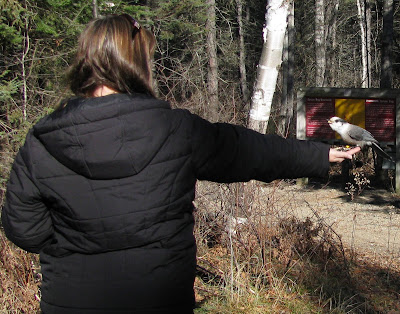 A Gray Jay lands in my hand for a peanut seconds after arriving.

One of the birds that Rob and I have had on our "to see" list has been the Gray Jay, also know as "whiskey jacks". We had heard of their beauty and also of their non-shyness around humans when it gives them a chance to steal food to hide in trees for the winter.

They don't come much further south in Ontario then Algonquin Park, so when our friends Jim and Lynda invited us to take a trip up there early November, after hearing of some sightings, we were very happy to go along. 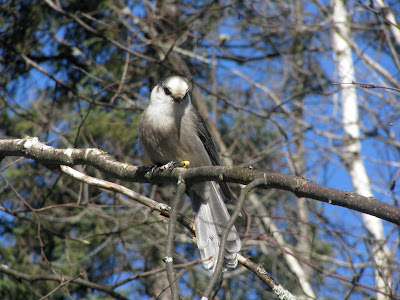 Waiting and watching for his chance to get some peanuts. 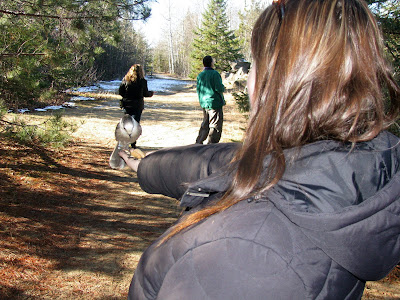 The birds were bigger then I expected, it was so much fun to hand feed them and a thrill to finally see them!

I must admit, after being in the car for four hours, I was getting pretty restless by the time we arrived at our destination within the park, but all that magically disappeared as soon as we parked. We didn't have to go looking for them, it was like they were waiting for us! 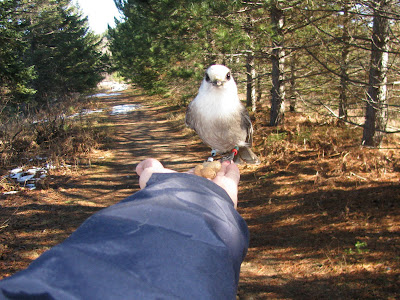 It looks like this guy is giving Rob a "thank you" smile. 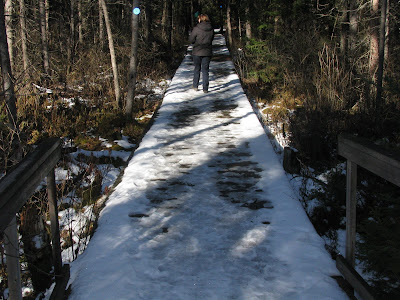 Following the trail deeper into the woods, it was fun to see some snow for the first time this season. 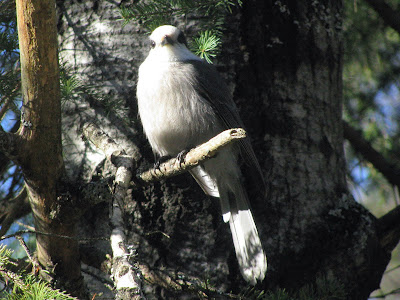 Such a beautiful bird.

We had a wonderful day with Jim and Lynda, and Rob and I have decided to head back up in January for an overnight at one the B & B's close to the park to celebrate our 7th anniversary. 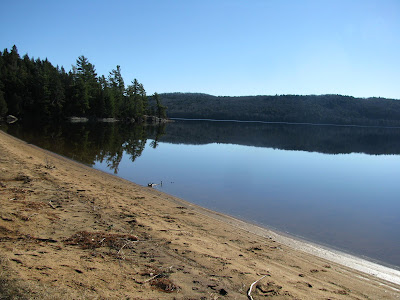 This was our view while enjoying a picnic lunch. 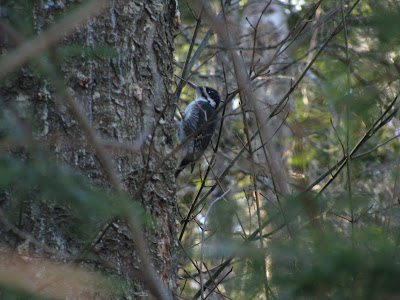 We also saw a "Black-backed Woodpecker" for the first time on our visit to the park.
Posted by Angie in T.O. at 5:47 AM 1 comment: