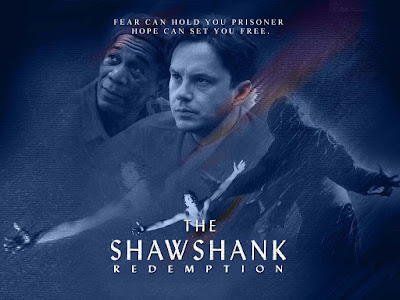 I'm one of those people, that when I fall in love, I fall all the way. Head over heels, passion and excitement fill me. This isn't just for people (my hubby), but also true for my favorite bands, books and movies. Def Leppard, Harry Potter and Lord of the Rings to name a few.

One of the great things about getting so excited about things is you never know when it's going to happen again. Like last Friday, I was home alone, as Rob was still working and I was scrolling movies on Netflix. I noticed The Shawshank Redemption. Rob has mentioned this movie to me numerous times over the last 15 years, but for one reason or another I had never watched it. Time to change that.

I didn't know it at the time I was watching the movie, that a five and a half hour drive away in a place called Mansfield, Ohio, the 25th Anniversary of the movie was taking place. That's where the movie was filmed and still celebrated. You can take the Shawshank Tour, not just on the anniversary weekend, when cast members are there and special events taking place, but any time of the year!

The movie is actually based on a novella that Stephen King wrote in 1982 titled "Rita Hayworth and Shawshank Redemption". It can be found in his collection titled "Different Seasons", which I know I will be getting a copy of.

I fell in love with this movie. Rob and I watched it again together Saturday evening. It's a great story,  full of great lines and Morgan Freeman is incredible in his role.


I've already told Rob I want to take a road trip in the coming year to do the Shawshank Tour. I want to sit on the bench with him where Brooks fed the pigeons. 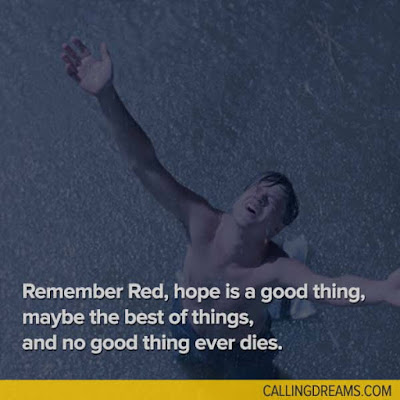 This movie may take place is a dark, dreary prison, where horrible things happened, BUT it's also a place where friendship blooms, good wins, and hope never dies. 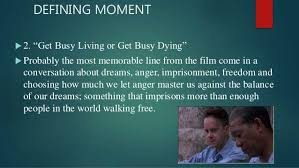