Last weekend Rob and I attended "Hamilton Comic Con". We hadn't been to a comic con in a few years, and were happy to be entertaining our inner nerd once again! We browsed all the booths, enjoyed all the cosplayers, stayed for the legends of wrestling panel, and purchased a few things. 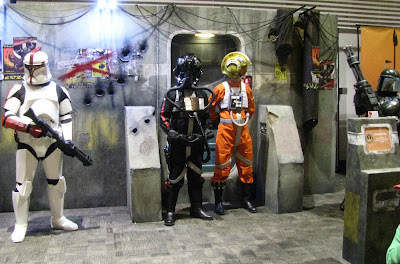 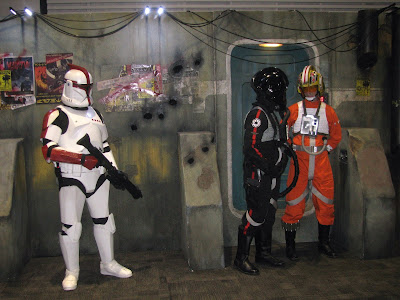 The 501st Legion is a world wide troop of Star Wars cosplayers. They promote giving donations to charity when taking pics with them. Great idea! 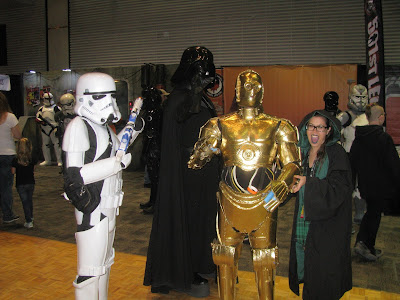 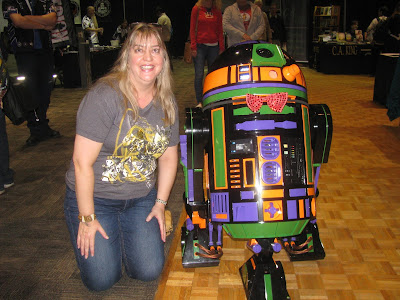 I had so much fun with this droid! I called him R2-D2 decked out for Halloween, but honestly, I'm not up on my Star Wars trivia and he may have another name. Anyway, I got quite excited when I spotted him, and whomever was controlling him must of noticed, because suddenly he was following me around and making all sorts of noises! And that only made me more excited! So much fun! 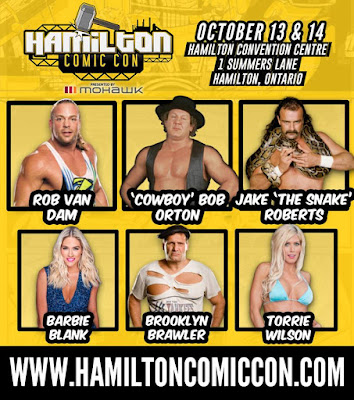 One of my favorite moments of the day was when we took a break and grabbed something to eat at the little cafeteria they had set up. There weren't many seats, and I asked a couple guys if we could sit with them. They turned out to be long time wrestling fans as well, so we had a great conversation, and we all stayed for the wrestling panel that took place in the afternoon.

We had a great time and look forward to attending again.